Natural attars are defined as the distillates obtained by hydrodistillation of flowers (such as saffron, marigold, rose, jasmine, pandanus) or other plant parts (Vetiver from roots of vetiver plant, Oud from wood of Agar Tree) in sandalwood oil or other base materials/fixative.

However, the true attars are considered those that are obtained through the Hydro-Distillation over sandalwood base.

Attar making process takes place in remote places generally; this is because the flowers must be processed quickly after collection.

The apparatus and equipment used to manufacture attar are flexible with have a certain degree of efficiency.

The traditional “deg and bhapka” process has been used for centuries in Kannauj for making attars and is used even now with the following traditional equipment. 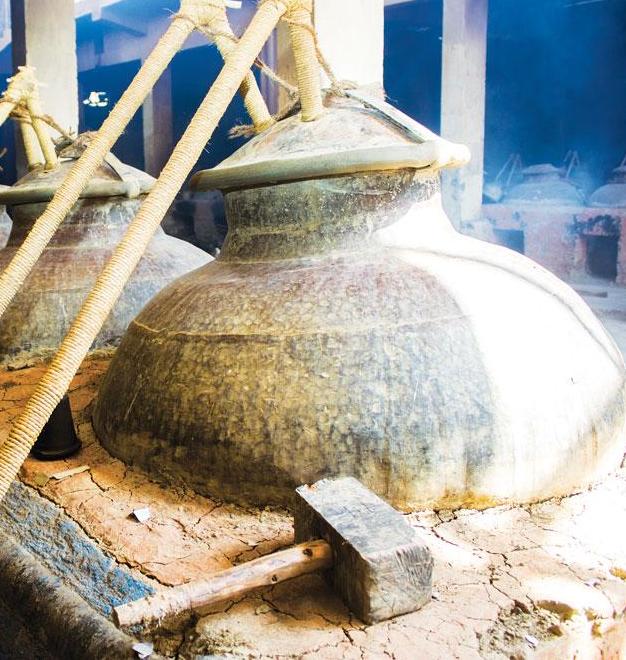 Where Traditional Attars are Made?

Kannauj, a small city in Uttar Pradesh state in India, has developed a strong reputation as hub of distillers and perfumers who capture the world’s best essences. Kannauj is globally recognized for its attars and essential oil distillation. The city is also known as “The Perfume Capital of India”.

There are hundreds of aroma distilleries running throughout the year in Kannauj and its nearby areas. Even after easy access to modern machinery and tools, many perfumers in Kannauj still use the traditional distillation (Deg Bhapka method) for making attars as they believe it’s the only way to capture the true essence of plant material/flowers.