Agarwood oil or Oud oil (in Arabic) is a very rare & expensive oil that originates in parts of South East Asia and North Eastern India. In certain regions, this oil may also be called Aloeswood oil, Eagleswood Ud, Kiara, and Oud oil.

Their are various types of Agarwood (Oud) that are found in different parts of world such as Combodia, Thailand, Srilanka, India. However, the Indian Oud is considered the finest in perfumery world, also it was first found in North-east states of India.

Since ancient times, this oil has been used in medicines and Ayurveda as it has therapeutic properties. Today, the Agarwood oil is most desired base note in creating high end and luxurious Oud perfumes around the world.

Why is Agarwood oil expensive?

The reason why Agarwood oil is so costly is because of its uncommonness. Chief reason for uncommonness and high cost is the depletion of the wild forests. It is surprising to know that less than 2% of wild agar tree is produced globally. Certain specialists state that the finest Agarwood oil is extracted from very old trees, which are even rarer. 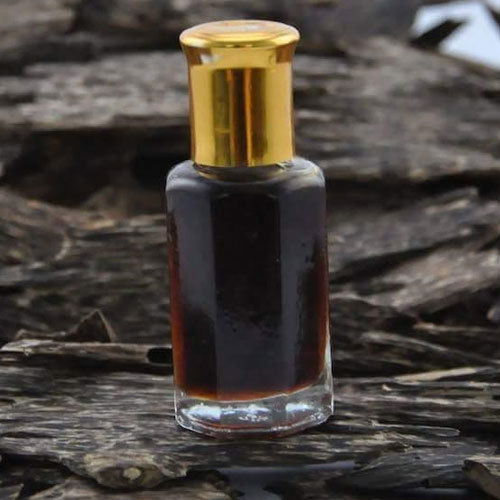 Agarwood oil’s aromatic properties are influenced by geographic location, species, and the tree – its root origin, trunk, and branch. Other factors include the method of processing and harvesting, and length of time ever since infection.

Agarwood oil is said to be helpful for numerous health problems, for instance, asthma, abdominal pain, spasms in the intestinal and respirational systems, fevers, nausea as well as other diseases. Because of its therapeutic properties, Agarwood oil is extensively used for aromatherapy. It has the properties to help improve the mood and focus on relaxation.

Do All Agarwood Oils Cost Same?

Like the aromatic characteristics, pricing of the Agarwood oil is also influenced by geographic location, species, and the tree. The most expensive agarwood oil is originated in North-east states of India. This Indian Oud is most regarded in Arabian Culture in Middle Ease as well as in World’s most expensive perfumes, thus it is the most expensive oil in world. Other Oud oils from Combodial, Thailand, Malasiya, Sri-Lanka, Indonesia, Vietnam and China are also appreciated, but not as much as Indian Oud Oil.

How much does pure Agarwood Oil Cost?

Pure grade Agarwood oil may cost you anything between 10,000$ to 40,000$ depending on its origin, type and distillation process. Indian Oud Oil is the most valued among all types of agarwood oil and it does cost 32,000 USD to 40,000 USD.

Note: Aquilaria, the source of agarwood, has been listed as an endangered species by Convention on International Trade in Endangered Species of World Flora and Fauna (CITES). Agarwood is a protected species under the Indian Forest Act, 1927, and is scheduled tree species under the Wildlife Protection Act, 1972. As per the rules, the export of Agarwood is restricted and is allowed only under licence and shall also be regulated according to the rules notified under the Biological (Diversity) Act, 2002.